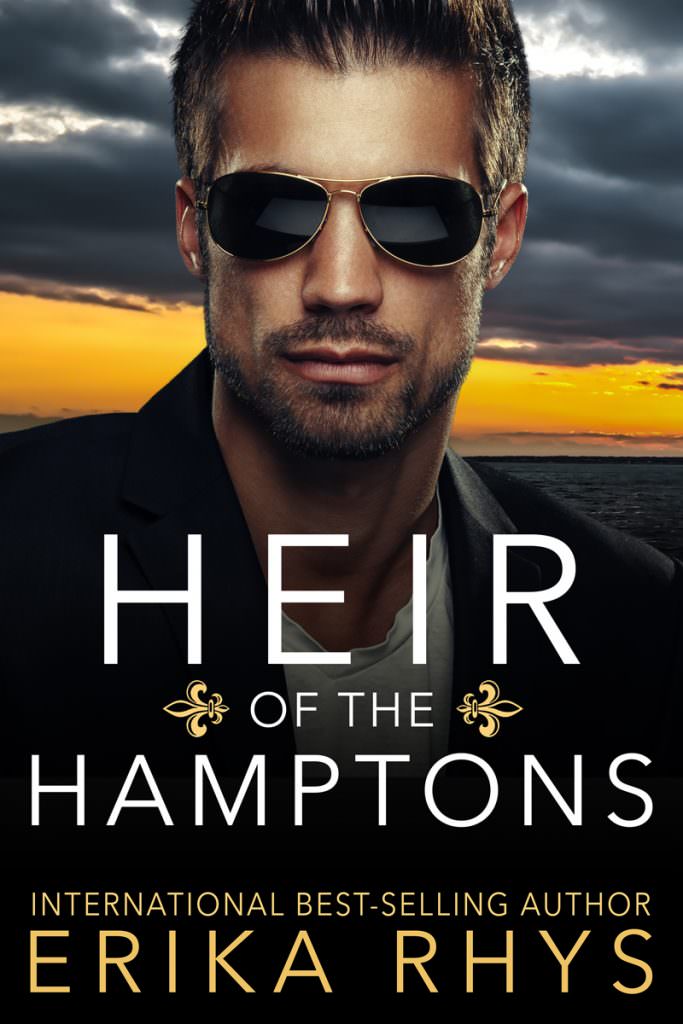 Heir of the Hamptons: A Fake Marriage Romance

A playboy heir. A near-bankrupt floral designer. A fake marriage gone wrong—or could it be right?

“Why don’t you just get married?” my sister Cara said.

“You can’t be serious,” I picked up my water glass and downed half of it, hoping that its icy contents would stimulate my brain into sparking a fresh idea. In the aftermath of my latest loan rejection from Bank of America, I needed a new plan to save my company, Kingsley Technologies, and I needed it fast. Either that, or I’d be forced to lay off most of my employees, which was a betrayal I wasn’t ready to contemplate.

Not that I expected Cara to solve my problems over lunch at Bar Six, a mellow West Village bistro that I hit up regularly for its savory Croque Monsieur sandwiches. I adored my outspoken younger sister, but her art degree and career as an aspiring painter hadn’t given her a lick of business sense. Still, she was the only one in my family who was always on my side, which was why I had just told her about my financial dilemma. Cara’s unwavering support gave me strength, which was exactly what I needed right now.

Cara flicked a strand of her long, straight blonde hair away from her face and fixed me with her bright blue gaze. “Your share of Grandfather’s trust is around fifty million,” she said. “Isn’t that enough to solve your problems?”

“It’s more than enough,” I said. “But there’s no way to tap that money until I’m thirty-five.”

“Think creatively,” she said. “Under the terms of the trust, we get unrestricted access to our money when we turn thirty-five, when our father dies, or when we marry—whichever happens first.”

“I’m two years away from thirty-five, our father is in perfect health, and marriage is out of the question,” I said. “When it comes to monogamy, I’m my father’s son. You know that about me.”

“You’re nothing like our father,” she said, dipping her fork into her arugula-and-parmesan salad. “He’s a chronic liar and cheater—you’re neither.”

“You wouldn’t have to,” Cara said. “Not if your marriage was purely a business arrangement.”

She rolled her eyes. “Come on, Ronan. I can’t believe you haven’t thought of this yourself. You’ve only dated half the women in New York—there must be one of them who would be willing to take a big fat check to marry you.”

“It would never work,” I said.

“There’s no point in even discussing it,” I said.

“Then consider this a theoretical discussion,” Cara said. “I’m curious. Why are you so sure my idea couldn’t work?”

“Two words,” I said. “Job qualifications. No woman in her right mind would sign on to be my fake wife. Any woman crazy enough to take it on would lack the brains to carry off the amount of acting involved.”

“I get that your fake wife couldn’t be just anyone,” Cara said. “She’d have to look convincing to Dad and Veronica. She’d have to be trustworthy and intelligent.”

“Convincing our father and stepmother would only be scene one of the farce you’re proposing,” I said. “This imaginary fake wife would have to live with me for two years, pose as my wife in public, and not fall in love with me.”

Cara screwed up her face at me. “Ewww. I can’t believe you just said that.”

It was no less than the truth. The genetic lottery had gifted me a handsome face and a muscular six-foot-two body, which I kept toned with regular workouts. And while no woman had ever tempted me to consider a long-term relationship, I had the short-term thing down. Be a nice guy, make the woman I was with feel beautiful, and attend to her pleasure as much as my own. I didn’t do commitments, I didn’t make promises, and three nights was my self-imposed limit—although in practice, I rarely took it beyond one. Manhattan was filled with gorgeous, single women, which made it the perfect playground for a guy like me.

Cara sighed. “I love you, Ronan—but you’re a pig.”

I flashed her a grin. “Maybe I am—but at least I know who I am. Not every man is cut out for marriage, and those of us who aren’t should be honest about it. That’s my philosophy.”

“Philosophy won’t save your business.”

“Neither will a fake wife. Veronica’s a bitch, but she’s not stupid. She’d spot a fake in a minute, and when she did, she’d convince Dad to block my access to the trust.”

“Can he still control your trust?” Cara said. “Even if you get married?”

I leaned back in my chair, looked at my sister, and a wave of affection for her swept through me. While her fake marriage idea was crazy, her desire to help meant everything to me. Life hadn’t been easy for Cara, but she had the biggest heart of anyone I knew.
At twenty-seven, my little sister had grown into a beautiful woman with a strong resemblance to our mother, who had died when Cara was born. At least I’d had our mother for the first six years of my life. All Cara got was her name—Caroline—and a photo album.

“Dad’s the primary trustee,” I said. “If he filed a lawsuit claiming that I’d faked a marriage to gain access to the trust, the money would be frozen until the lawsuit was resolved. And if I’d already put some of the trust money into Kingsley Tech, my company could be dragged into court as well.”

“To recoup the money?” Cara asked.

“I guess that makes sense,” she said. “And lawsuits can go on forever.”

“Now you’re seeing the big picture,” I said. “Until we turn thirty-five, our father controls the trust. Neither of us can touch it or borrow against it without his approval, which thanks to Veronica, we’ll never get. Remember when I wanted to borrow against my share of the trust to start Kingsley Tech?”

“How could I forget?” Cara said. “Veronica shut that down in a heartbeat.”

“She’s got Dad under her thumb—in every area but one.”

“Don’t remind me,” Cara said with a shudder. “I’m almost certain he’s screwing his new secretary, who’s totally younger than I am. If Veronica wasn’t such a bitch, I might actually feel bad for her.”

“Don’t,” I said. “She married our father for his money and lifestyle. The estate in the Hamptons. The house in Aspen. The townhouse on Sutton Place.”

Cara leveled me with a look. “True—but enough about Veronica. Aside from getting married, do you have any other ideas that could save you from laying off your employees?”