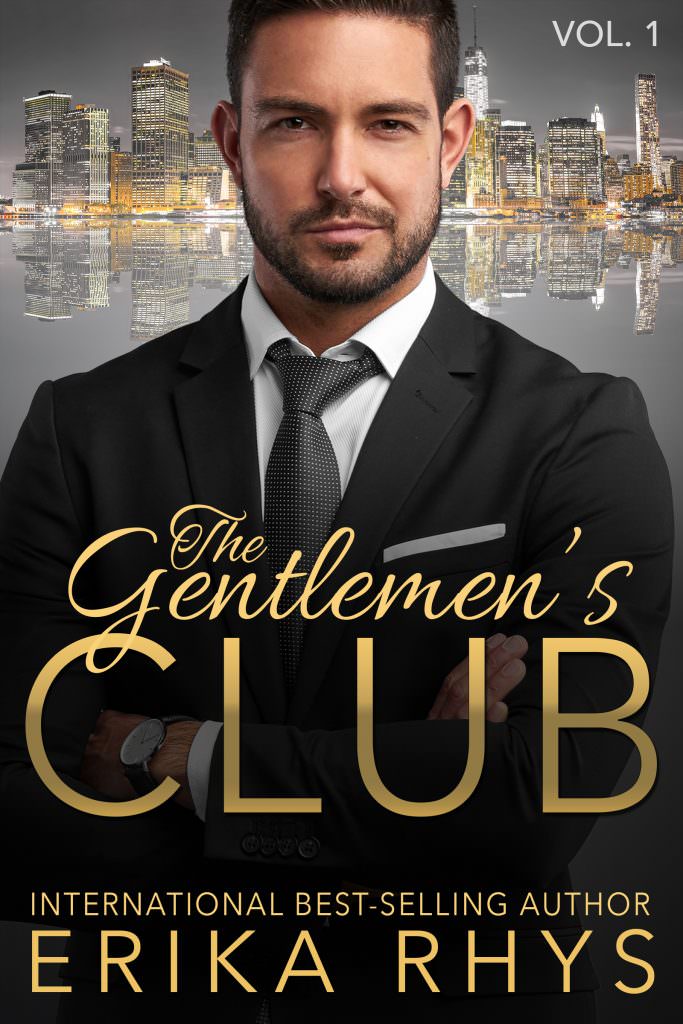 The Gentlemen's Club: A Billionaire Romance: Excerpt from Vol. 1

A reluctant stripper. A billionaire playboy. Can she trust him with her heart?

He cocked his head at me. “You strike me as a girl of many talents, which is why I’m not ready to let you leave just yet. Before you go, how about a lap dance?”

Why couldn’t my first lap dance have been with someone old or ugly? Fat, bald, nose hair. Something like that. Something that would be pure business. But oh no. It had to be with someone who could give Channing Tatum a run for his money.

I’d prepared for this moment. I’d imagined what it would be like. But my imagination hadn’t included the possibility that my first-ever lap dance would be with an attractive man near my own age, let alone the likes of Nick Santoro. If just looking at the man across a table got me hot and bothered, what the hell would bumping and grinding against his body do to me?

But then I checked myself. The average song was only three minutes long. Surely I could hold myself together for three minutes. If I couldn’t, I had no business being in this business. Santoro might be the first, but he surely wouldn’t be the last. Other handsome clients would surely come along.

He reached into his jacket, took out his wallet, removed a hundred-dollar bill, and held it out to me.

I stood, accepted the money, and tucked it into my garter. As I did, I couldn’t help but notice that both Ember and a girl whose name I didn’t know were giving lap dances to men at nearby tables, and that another table of cigar-smoking guys was openly watching me. One of them grinned and waved his cigar at me, as if to urge me on.

Nick leaned back in his chair and spread his knees apart as the DJ segued into the next song, which I immediately recognized as Madonna’s “Like a Virgin.”

How appropriate. I’m no virgin, but damned if I don’t feel like one right now.

“Can I be honest with you?”

“That’s rare in this place, but sure.”

“I’ve never done this before.”

“All right. Fair enough. Then we’ll work through it together.”

I stepped between his legs, reached over his shoulders, and braced my hands against the back of the heavy leather armchair. Then, I arched my back, and rotated my torso, holding a position that put my ass in the air and gave him a close-up view of my cleavage.

Too close. As I moved, I inhaled his scent—clean and masculine with a subtle note of the Scotch that he’d been drinking. His warm breath wafted against my exposed breasts, which I had to admit was a turn-on.

When he tipped his head back and met my gaze, time stopped. The tiny gold flecks in his hazel eyes caught the light from the stage and glittered with an intensity that inflamed me. With each heartbeat, each breath, each brush against him, I became increasingly aroused. My pounding heart, rock-hard nipples, and the growing ache between my thighs warned me that my response to him was dangerously close to spiraling out of control.

I needed to distance myself somehow, so I changed my stance. I moved into a standing position between his legs and swayed my hips from side to side. Then, I tossed my hair into his face, arched my back, and ran my hands over my breasts, hips, and abdomen. As I did, I couldn’t help but note the impressive erection that tented his black trousers.

Bianca had said that he was hung like a horse.

I felt my face flush, but kept my tone light. “There is a lot to look at.”

“I could say the same about you. And by the way—you’re doing well.”

I turned, hovered above his crotch, and moved my ass across it in slow circles. This position had the advantage of letting me turn my face away from him, but it also meant that my traitorously throbbing vajayjay was way too close to his hard-on.

“Would you like to take this to a private room?” he asked.

My head spun. How could I possibly handle a private room experience with this man? Despite my best efforts to distance myself from him and from what I was doing, he wasn’t the only one who was aroused.

You have to handle it. It’s your job.

I glanced back at him over my shoulder. “If that’s what you’d like, you’ll need to speak to Max.”

I continued to grind against his crotch and slide my hands over my hips and ass. As I did, my mind raced. Maybe when Max told him that I didn’t offer any form of touching, he would find another girl.

And if he does, thank fucking God!

Private rooms were reserved in thirty-minute increments, and half an hour of swaying and grinding against this man? It just might kill me.

No, it would kill me. Death by sexual frustration.

The end of “Like a Virgin” faded into a rap number that I didn’t recognize. I stepped back from Nick, crouched down, and picked up my shoes from the floor next to his chair. When I stood up, he reached toward me and tucked a second hundred-dollar bill into my garter.

“You already paid me,” I said.

“I always tip well for a good show.” His gaze locked on mine. “I’ll go see Max right away. Then, I’ll see you in one of the private rooms.”

I looked pointedly at his erection and raised my eyebrows. “Better take ten minutes,” I said. “It would be a shame if you injured yourself along the way.”